I looked at the calendar this morning and realized it has been five years to the day since my teacher and mentor, Kalmen Opperman, passed away at the age of ninety. Kal was a force of nature, a tough-as-nails New Yorker who played principal in Broadway orchestras, ballet orchestras, and on the radio for over fifty years. He was a passionate teacher and a renaissance man, writing definitive books on clarinet literature, making and adjusting reeds (still the gold standard with clarinetists today), and over twenty method books. He held himself and his students to ruthlessly high standards, and if you couldn’t follow his ways, you were banished from the small cramped apartment at 17 West 67th Street. He made it clear from the beginning- it was his way or the highway.

But…if you listened to him, if you did the work, he was devoted to you 150%. Lessons lasted all day, beginning with a hearty breakfast at his favorite Manhattan diner, a habit from his days growing up on a farm in upstate New York. After breakfast, back to the apartment he shared with his wonderful wife, Louise, or “Weezy” as he called her. The entire apartment was dedicated to Kal’s work, with posters of the shows he had played in lining the walls, along with the quotes he was famous for coining. Also prominent were two signed photos from his famous teachers, Simeon Bellison and Ralph McLane. When Kal wanted to make a point that came from this lineage of great teachers, he would first silently point to Belllison or McLane’s photo and then speak. Carrying on and passing down the flame of tradition was very important to him.

Kal had a reputation for being difficult, secretive, and caustic. Yes, he was all those things, but he was many other things, as well- an incredible musician and pedagogue, an inventor, a writer, a composer, a devoted husband and father, an amazing photographer, and- back in the day- a Westpoint musician, a boxer, and a box car racer. He lived a life totally consumed by the passion he had for his art, his creativity. He taught up until just a couple of days before he died of complications from congestive heart failure. I was stunned when I got the news- Kal had survived heart attacks, broken bones, pneumonia, and still he kept feverishly writing and teaching, always planning his 100th birthday party. Louise had to make him stop working to eat and get some sleep…sometimes he would listen, sometimes not. 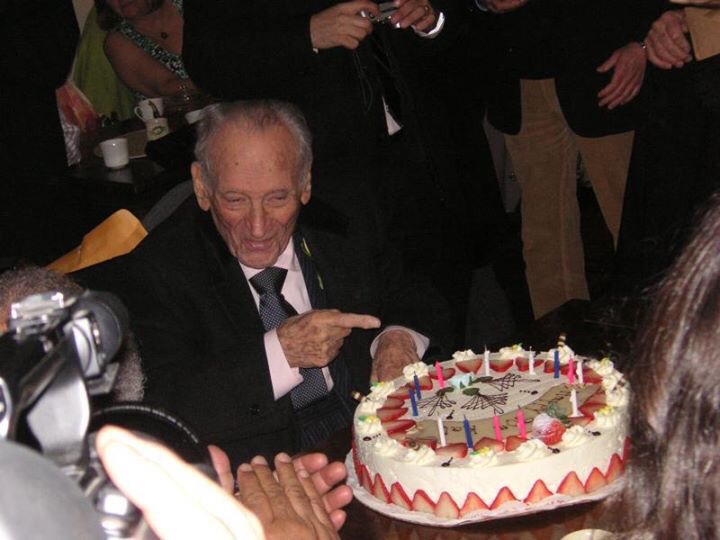 I went to his 90th birthday celebration that began with a recital at Carnegie Hall of his best students and the Kalman Opperman Clarinet Choir, which he conducted from his wheelchair. His most famous student, Richard Stoltzman, announced and performed, and then we all went to a fancy restaurant to celebrate. I was so thankful that I was able to be there, as it was his last birthday. I was able to sit at his feet once more and watch him teach his amazing student Adam, one of the many Opperman students who are playing in top orchestras and military bands across the world. People studied with him for years and years- some over forty. There was no other place where you could get such expert training applied with ruthless honesty. 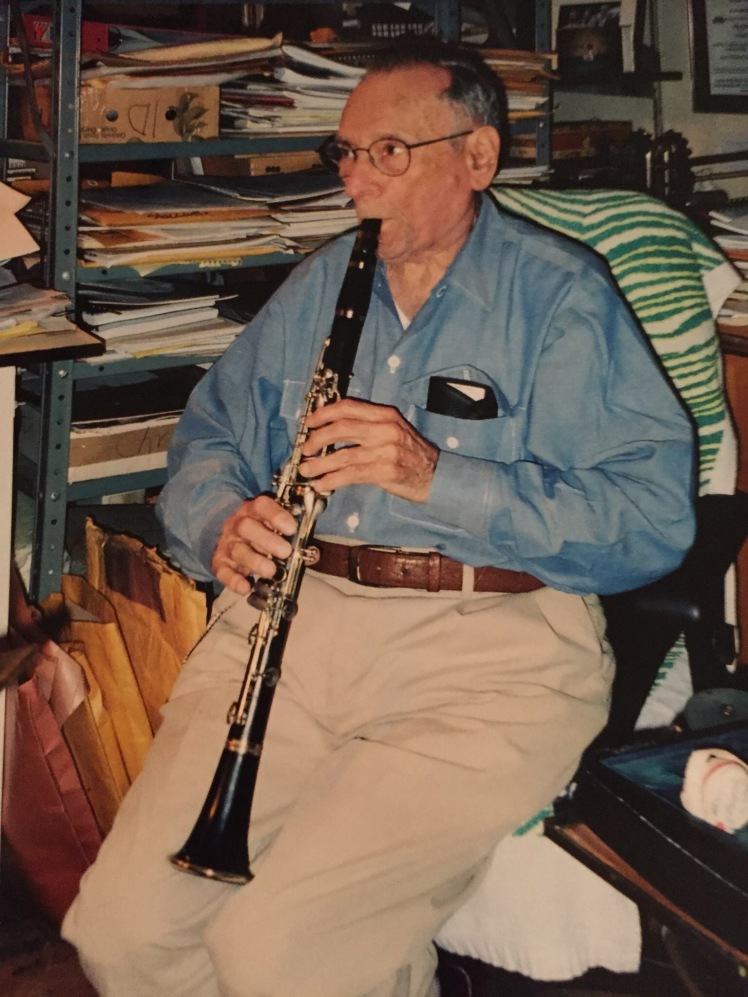 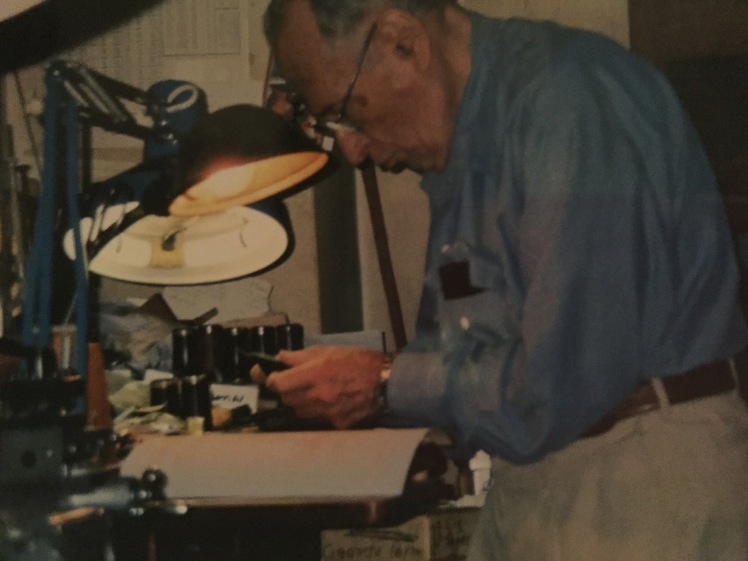 On this fifth anniversary of his passing, I will do what my teacher taught me to do- I will practice hard (Kal would say, “you have to work your ASS off!”), and I will continue to work on the book I am writing about him…and I will teach my students, passing on the flame of tradition that was handed down to me. I feel a great responsibility in that every single day.

I have been fortunate to have had great teachers in my life, but Kal was different. Kal changed me, changed everything I did with the clarinet, and changed me as a person. He saw something in me and believed in me in a way that I can never repay. He guided me toward being the musician and teacher that I want to be, that I will always be working on becoming. This anniversary reminds me to keep moving forward, “Next…on to the next.” He never wanted to be called fancy names, saying that “Teacher” was good enough for him.  I say thank you, Teacher, with the greatest reverence and gratitude. I think of Kal every single time I pick up my clarinet or teach my students, and I hear his voice, teaching me still.  “Practice and hope…but never hope more than you practice.”

Here is the link to Kal’s obituary from the New York Times, written by Charles Strum.