I posted a photo on Facebook of my dogs spread out on the floor of my music room as I practiced this afternoon, and a musician friend and former colleague commented, asking what instruments the dogs, and my cat, would play if they could.  There is actually a pretty accurate personality predictor of instrumentalists and what instrument they play….stereotypes that I have found to be pretty darn accurate over my many years as a musician.  There are of course people who break the mold, but most musicians will agree that certain personality types are attracted to certain instruments…and playing the instrument over the years reinforces the quirks

. As I began to think about my animals and their distinctive personalities, it became clear to me what instrument each of them would play…

Cooper (Coops) would play trumpet.  The trumpet is not an instrument that can hide- when they make a mistake, you will hear it…everyone will hear it.  Maybe because of having to compensate for that pressure, trumpet players have the reputation for being arrogant, self centered, and boisterous. (The musician joke…”How many trumpets does it take to change a light bulb? Five.  One to handle the bulb, and four to tell him how much better they could have done it.”)  This fits our Coops…though she is sweet and gentle with us, she is the alpha;  strong-willed, courageous, and it is all about her in her mind. She is always first in everything from eating to going up the stairs, and will push Sophie out if the way to make it so. She is the one to come put her muzzle of my knee to let me know it’s time to go outside…or when she thinks it’s time to eat. You could set your watch by her. 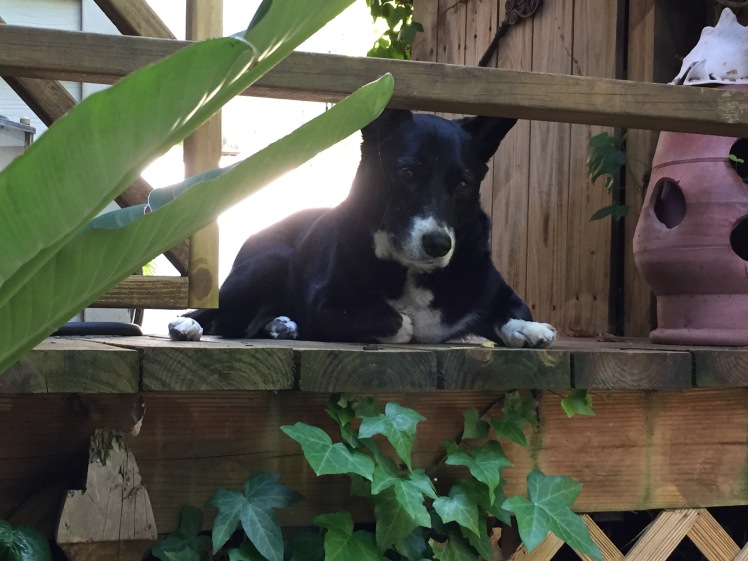 Sweet Sophie would be an oboe player- gentle, attentive, and a tad neurotic (who wouldn’t be having to make reeds all the time?). Oboists tend to be overachievers, and sometimes a little on the odd side. This fits Sophie to a tee- she follows me around, hanging onto my every movement and word, jumping to do whatever it takes to please me (the antithesis of Coops)…but she is mostly border collie and has neurotic habits, too. She is obsessed with our cat, wants nothing more than to put her nose in Kasey’s coat and sniff her…much to the dismay of Kasey. She barks if a gnat farts within fifty yards of our house, and she will not walk willingly on wet grass- though she joyfully puts her face into a full force water hose. 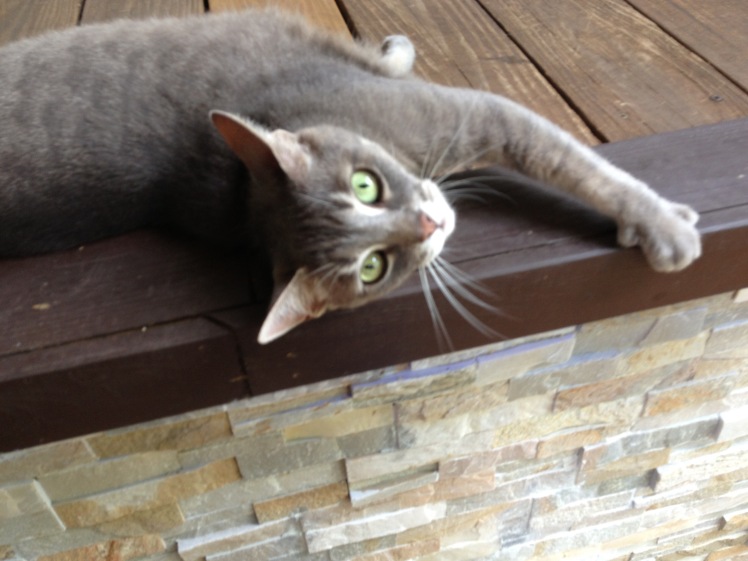 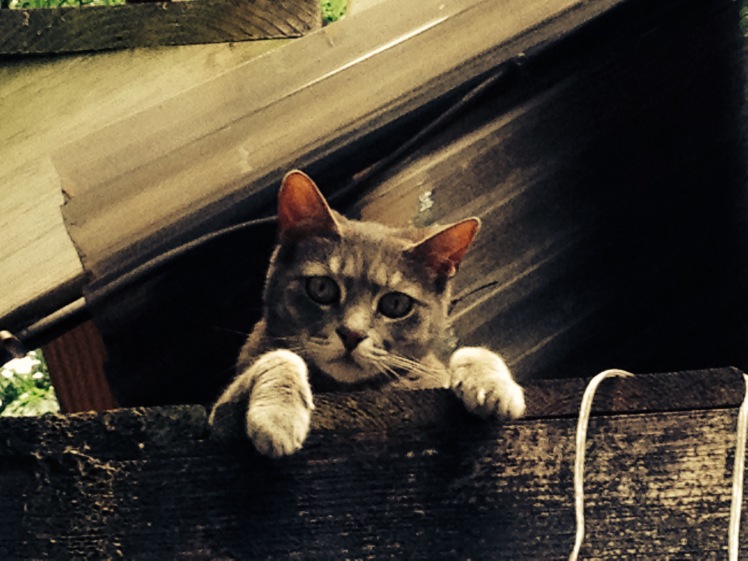 Kasey would be a clarinet player, I have no doubt. Clarinetists are known to be hard workers, achieving their goals in a consistent manner. Organized and ambitious, they manage time scrupulously to please themselves at the end of a day with a list of completed tasks. They also tend to be geeks and a bit goofy (guilty as charged). Kasey is a very intelligent animal, and has a set routine each day, involving eating, napping, roaming the yard, and taunting the dogs (mostly Sophie). She is very  affectionate and agile- necessary for playing musically and with good technique. She is also goofy…a lot. Here is photographic evidence:

Three distinctive, zany personalities, all three fulfilling special and important roles in our lives. Now, if I could ever get them to really play an instrument- we could be ‘The Fanily Von Gainey’…nah, they make their own beautiful music, and we already have a wacky, neurotic clarinet player in the house…and that’s more than enough. 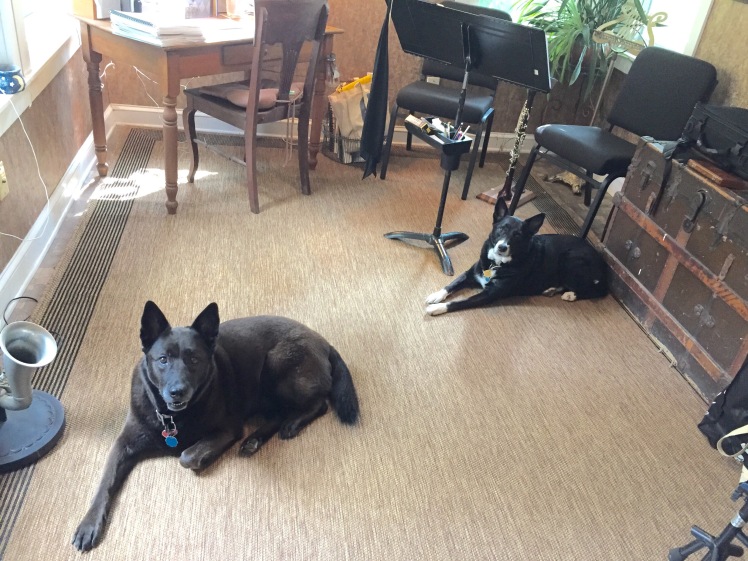