I thought of Mrs. Alvarez for the first time in I don’t know when today. She was a tiny woman with a tight silver bun and glasses, with a thick Spanish accent, and she taught our junior high Spanish class with an iron fist and a dry wit. I used to tremble when she would start a conversation with me in class…

It was downhill from there, as I would get tongue-tied in front of my classmates the more she chided me for my grammatical errors. She had a way of intimidating the hell out of you, but also giving you a certain look that told us she wasn’t going to give up on us…even if it killed her. I liked her so much more than my high school Spanish teacher, who was like an angsty Paul Lynde. I’ve blocked most of his classes from my memory as the emotional scars from pop quiz conversations and insults have faded. I made the Soanish National Homor Society, but I have no idea how.

What triggered the memory was seeing an old woman walking down the sidewalk in Madrid who reminded me of Mrs. Alvarez, and it made me think of the difference between the generations here in Madrid. There is a very vibrant population of youth in the city, beautiful young women wearing clothes that- shall we say- take a lot of confidence (it IS hot as Hades here), and young men who boldly swagger as they talk and laugh and party until the wee hours of the morning.  In stark contrast, the elderly that I have seen are very Old World; stern, small in stature, and dressed in clothing that exudes propriety and convention. Two different worlds coexisting in this beautiful old city. 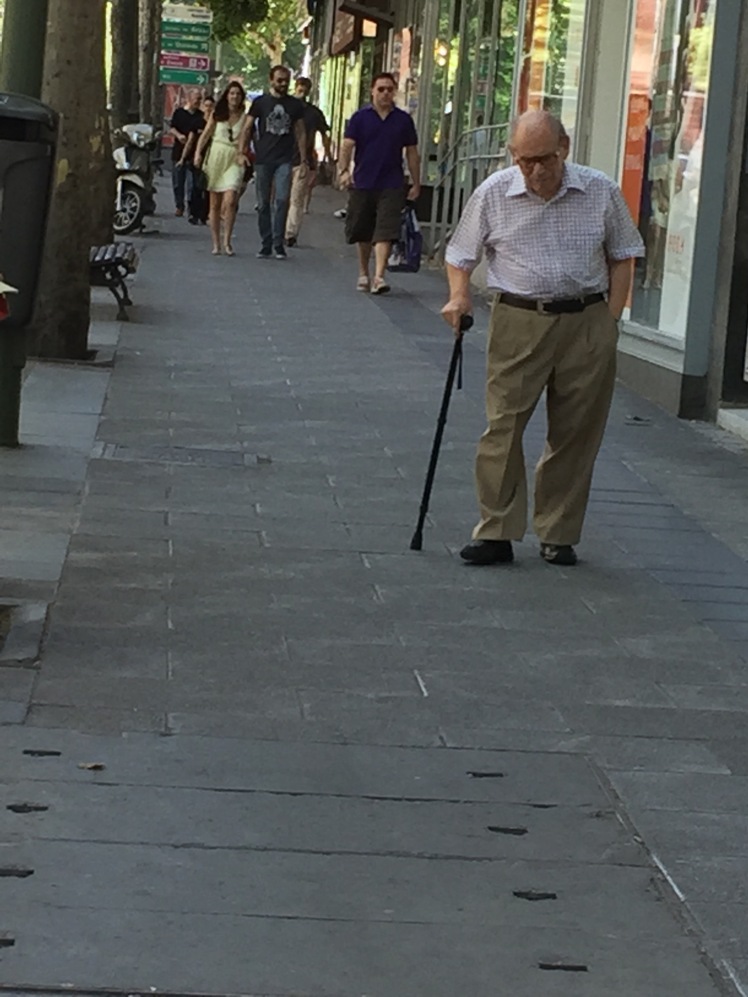 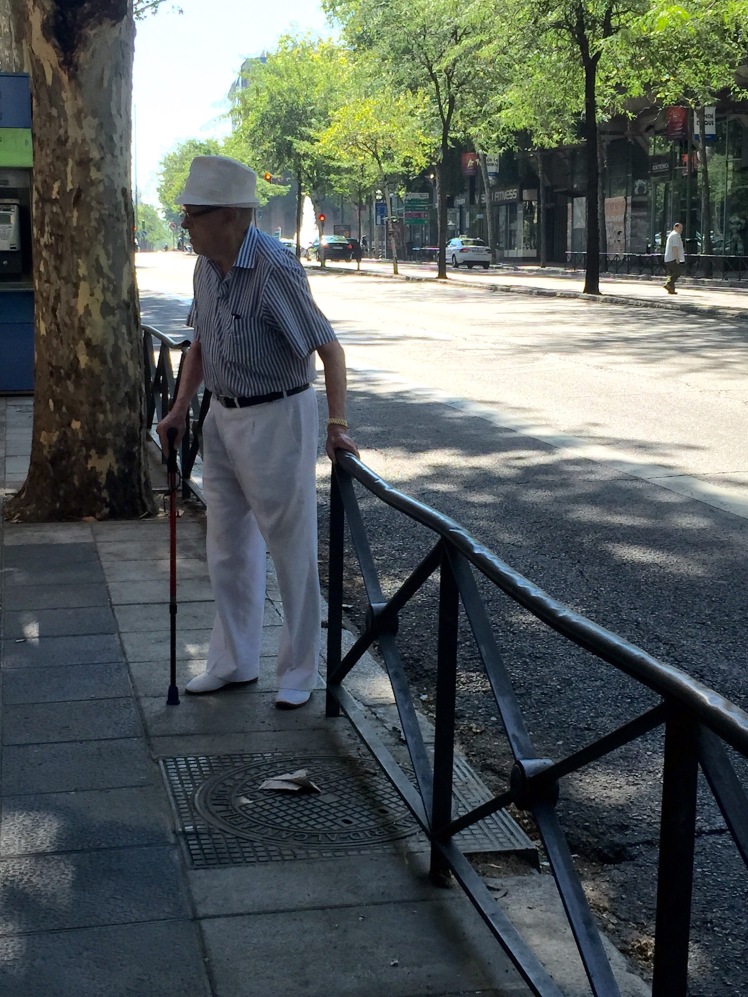 I went for a walk this morning to search for a place to trade in some American money for Euros before I headed to the Conde Duque for the next to the last day of ClarinetFest. I didn’t find an exchange place open on this Saturday, but the day was absolutely gorgeous and I enjoyed really looking at what I saw, rather than rushing to the next thing. I have always loved being alone in a crowd, going at my own pace, and watching the people around me. Especially here in Madrid, where this morning all of the conversations in Spanish swirled around me. I was in a cocoon, almost invisible as I walked under the brilliant and clear blue sky. Another day of gifts in the magic city of Madrid.