I will never forget the first moment that I saw him as my cab deposited me at 17 West 67th Street in Manhattan, near Lincoln Center. He stood with his arms crossed, very small in stature, but a giant in presence. This mysterious man that I had heard about over the years, but who was secretive and protective of his work. Kalmen Opperman had agreed to take me into his exclusive clarinet studio as part of my dissertation research on his pedagogy. Little did I know how momentous this meeting would turn out to be.

I studied with world-class teachers during my three music degrees, but I had never before experienced anyone like Kal. Lessons began with breakfast in a nearby diner, a tradition from his youth growing up on a farm in upstate New York. A hearty meal before putting in a full day’s work. And it was a full day. Typical lessons last an hour, but with Kal, lessons lasted four to six hours, breaking only for a quick lunch made by his wonderful and protective wife, Louise. I would go to New York for several days of lessons in a row…it was a musical boot camp, physically and emotionally grueling. 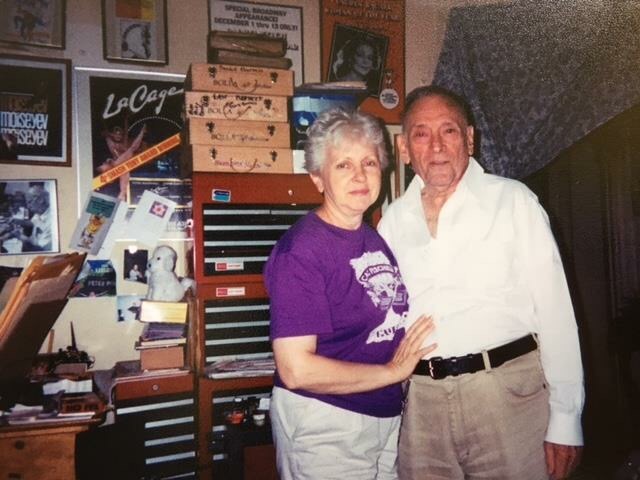 I was at the end of my doctoral study and had several years of college teaching under my belt, but none of that meant anything when I sat down in the tiny, cramped apartment. Everywhere I looked was something related to Kal’s work; posters from the twenty-one Broadway shows in which he played principal clarinet, posters from the ballet orchestras in which he’d played principal, photos of his two famous mentors, Simeon Bellison and Ralph McLane, books and music, a lathe for creating his special clarinet barrels, mouthpieces, tools…the entire apartment in this posh neighborhood was dedicated to the clarinet. 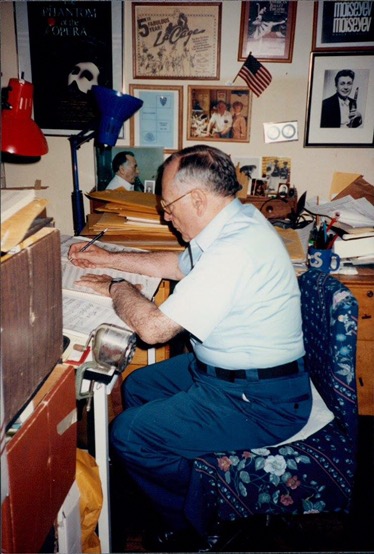 He yelled at me as I was assembling my instrument, “You don’t even know how to put the reed on right! THIS is how it’s done!” I was terrified- no teacher had ever spoken to me like this before. Everything I had been taught, everything I had based my playing and teaching upon…none of it fit his paradigm. He shook my very foundation. He expected you to give everything for your art, just as he had done his whole life. If I got close to playing something they way he wanted, he would say, “Good…but not good enough!” The slightest sliver of a smile was like the sun coming out to me.

Kal was a master diagnostician, quickly assessing the errors in my playing, both physical and mental. He knew exactly what to do to fix any problem if you were willing to put in the time. He literally wrote the method books that I studied from, wrote the reed book, wrote solo pieces, made the mouthpieces and barrels that his amazing students played on…so much knowledge and talent gleaned from a lifetime of serious and dedicated study. Aside from that, he’d had a playing career that most only dream of. I felt overwhelmed, frustrated…but mostly, I was determined to show this man that I could do what he asked.

I will never forget the moment everything shifted into place for me concerning Kal. We were hard at work and I was not doing well. We pushed forward, I only got worse. Finally he stopped me.

Something is up- you are getting in my way. What is it?

I felt as if a dam had burst. I had not told him that my marriage of fifteen years was disintegrating, just trying to tough it out and finish my dissertation. I sobbed, telling him everything, finally opening up to him, laying my heart bare. In that moment, he changed. He became my biggest supporter and protector. Oh, he still kicked my ass in lessons, often bringing me to tears, but he was also building me up, helping me to find a strength that I didn’t know I possessed. I discovered that Kal wasn’t just teaching the clarinet to his students- he was teaching life.

I took my students to visit Kal. I learned so much watching him teach.

I finished my dissertation, graduated with straight A’s from my doctoral program, won a job and a new life on my own in Birmingham. Kal helped me find myself, helped me to see myself as a strong woman who could conquer anything if I put in the work. His gifts of brutal honesty and dedication to each and every one of his students were priceless. Kal was interested in everything and everyone, truly diving into his life with everything he had. I’ve never met anyone like him, and don’t think I ever will again. He was truly one of a kind.

When I received the call that Kal had passed away at the age of 90 on June 18, 2010, just months after I had attended his 90th birthday celebration at Carnegie Hall, I dropped to my knees. How could Kal be gone? He was too full of life, too full of ideas and passion and heart. When I visited his grave, I put my hand on the marker, thanking him for everything he had done for me. How do you even begin to thank someone who completely changed your life? The only thing I knew to do was to dedicate myself to my students as he had done for me, and to help keep his legacy alive through my teaching, my playing, and my writing. All of his students, people who came to him from all over the world-  have that responsibility.

Kal was always interested in learning new things- he even took cello lessons so that he could understand and write for the instrument.

I am finishing up a book on his life and teaching. I feel him with me as I write, urging me to tell his story, to pass on the flame, as he often referred to the traditions of our school of clarinet playing. I hope that it will not only be good, but good enough. Thank you, Kal. 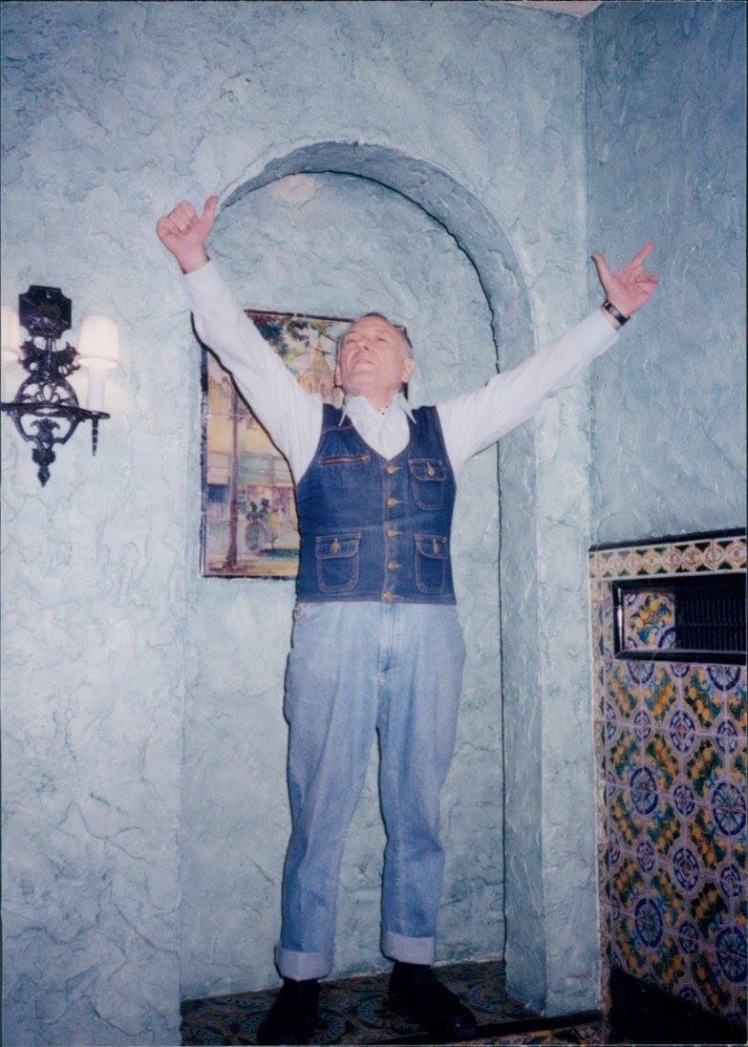 One thought on “On Unrealized Momentous Occasions ”