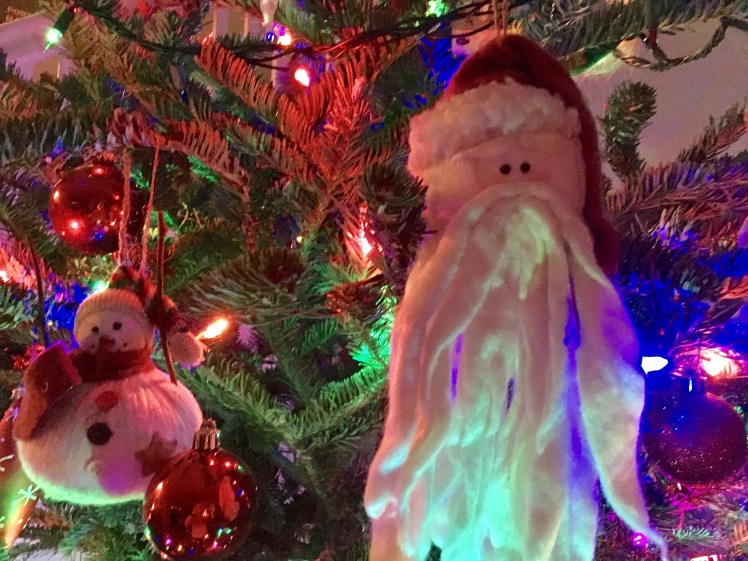 ‘Twas the night before Christmas and all through Chez Gainey,
Not a creature was stirring, but Cooper, Sophie and Kasey.
The stockings were hung by the chimney with care,
Well lit by Dan’s talents with LED flair.

The puppies were nestled all snug by the fire,
With visions of milk bones and fleece-lined attire.
With I in my jammies and Dan in his, too,
We’d just settled in for a cocktail or two.

When out in the ‘hood there arose such a clatter,
Coops and Sophie sprang from the couch to see what was the matter.
Away to the sunroom I flew like a flash,
As I know the dogs’ penchant for barking’s so brash. .

The moon on the breast of the new-fallen rain,
Gave a luster of mid-day to Southside’s terrain.
When what to my wondering eyes should appear,
But the UPS man, all loaded with gear.

With a little old driver, so lively and quick,
I knew in a moment in had to be Nick.
More rapid than eagles he flew up the stairs,
As he whistled and shouted, and grumbled his cares.

Now Gainey’s, now Gainey’s, come open the gate please!
I’m tired, I’m cranky, and, oh, my aching knees.
This house is a struggle on the best of my days,
So dash away, dash away, crazy dogs- please obey!

He was dressed all in brown from his head to his foot,
And his clothes were all covered with rain drops and soot.
A bundle of packages he had on his back,
And he looked like a peddler just opening his pack.

The stump of a pipe he held tight in his teeth,
And the smoke it encircled his head like a wreath.
He had a kind face and a little beer belly,
That shook when he laughed like Smucker’s grape jelly.

He was grumpy and tired, a right curmudgeony old elf,
For surviving the stairs and not hurting himself.
A wink of his eye and a twist of his head,
Soon let me know we had nothing to dread.

He spoke just a few words, going straight to his work,
He pulled out some boxes and turned with a jerk.
And laying a finger aside of his nose,
Had me sign for our packages while striking a pose.

He sprang to his truck, as the dogs gave a bark,
And off he drove quickly toward George Ward Park.
But I heard him exclaim
, ‘ere he drove out of sight,
“Put in an escalator or next year use Federal Express!”
Merry Christmas from Chez Gainey! 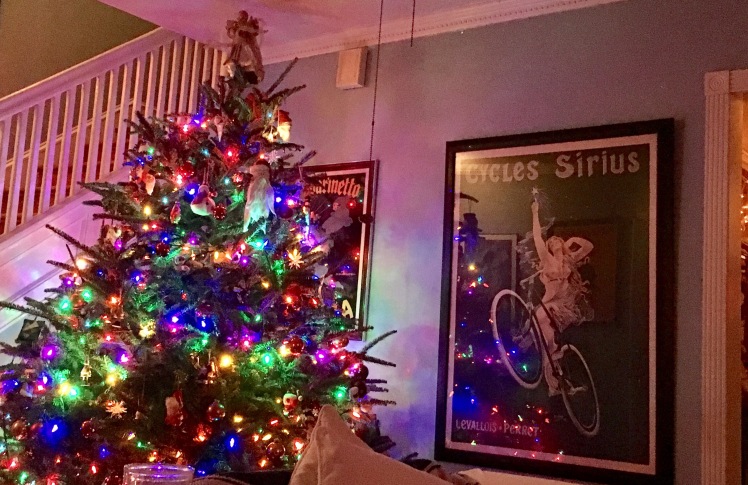