Yesterday Dan and I attended the Women’s March in Birmingham, Alabama. I had no idea what to expect- I have never been to a rally like this, nor have I ever protested anything before in my life. The issues spoke to my heart, though, and I felt I had to do something to join in support of women, the LGBTQ community, immigrants, and environmental issues. I was worried that violence might break out from people trying to stop the rally, and was grateful that sweet Dan wanted to come with me in his own show of support. I need not have worried- it was an absolutely beautiful, peaceful, and empowering afternoon that restored my faith in humankind after all the fallout of this bitter election.

The rally took place at the historic Kelly Ingram Park, the scene of many protests during the Civil Rights Movement. We were greeted with a striking statue of Dr. Martin Luther King, and I teared up as we saw the crowds of people. I told Dan that I have needed this- a place to come together with people who have the same concerns that I do, that have the same fears about what may happen and want to be part of change. To see this group of over five thousand women and men come together so joyfully for the common purpose of civil rights for all gave me chills. The energy at the park was electric, affecting everyone, and people hugged, smiled, and started conversations with complete strangers. There were young people, very old people, straight people, gay and lesbian people, families with young children, mothers and daughters, Latinos, Asians, Blacks, Whites- all reflecting the beautiful diversity that is America.

​​
There were empowering speeches by several people, including the Mayor of Birmingham. We sang songs, we chanted positive affirmations. There was no violence, there were no threats or taunts. There was no tearing anyone down- only building up and encouraging the idea of true equality for all and the protection of our environment. I was so proud to hear of the millions of women who gathered across the planet in support of each other with absolutely no violence or a single person arrested. What an incredibly beautiful movement. 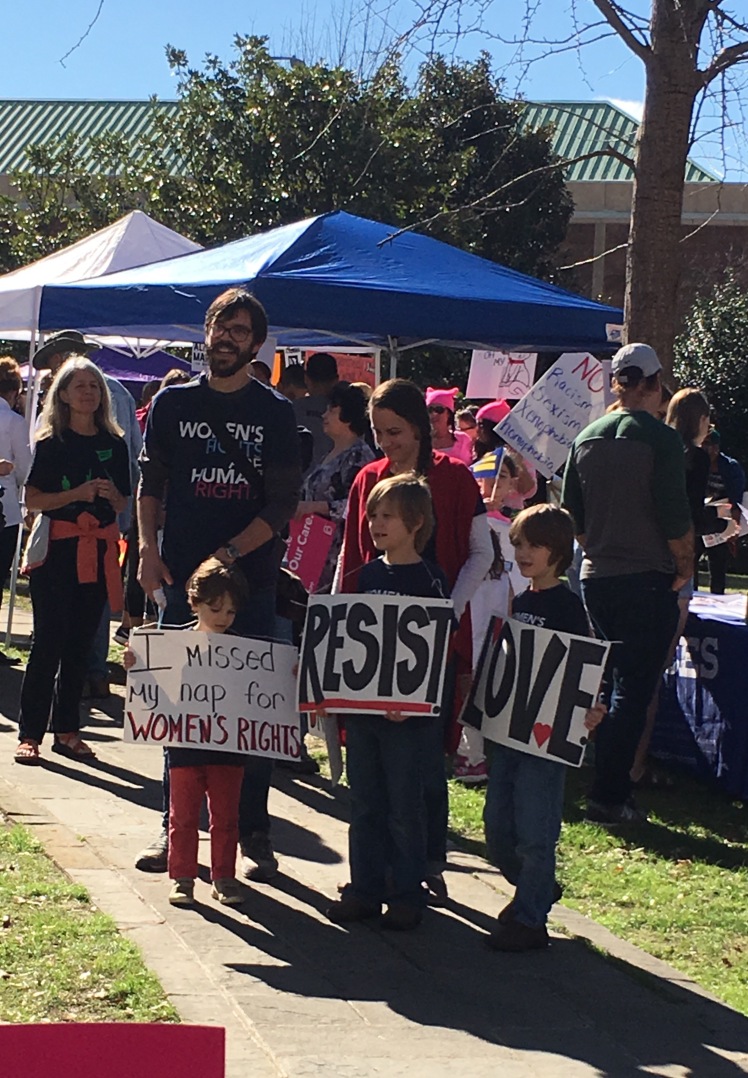 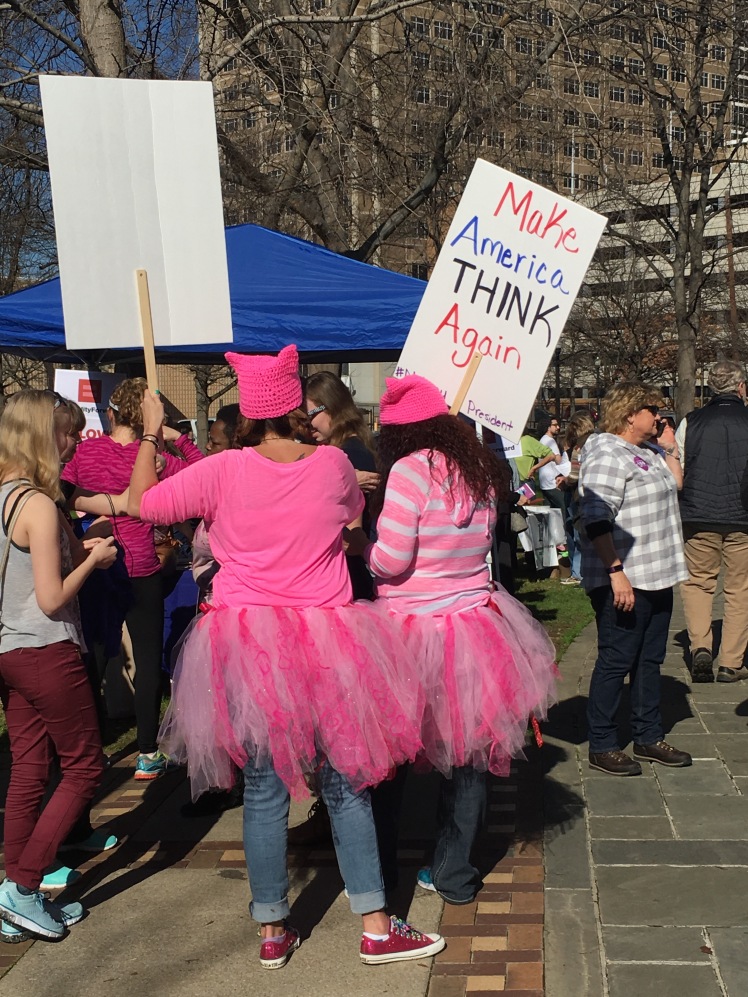 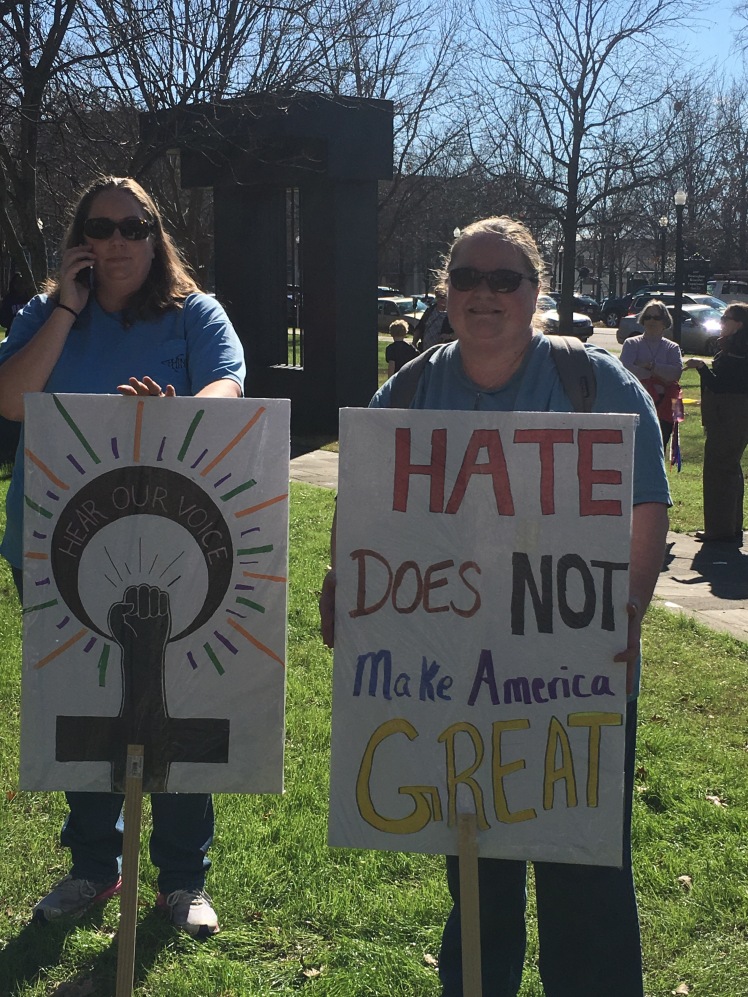 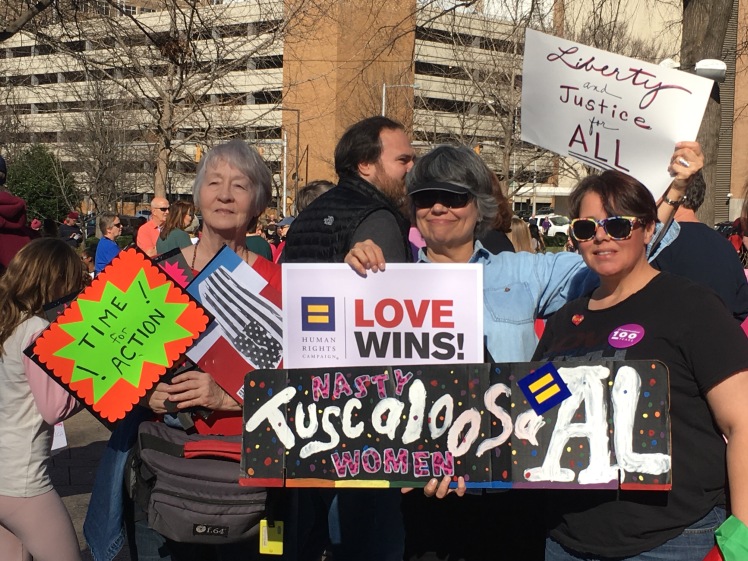 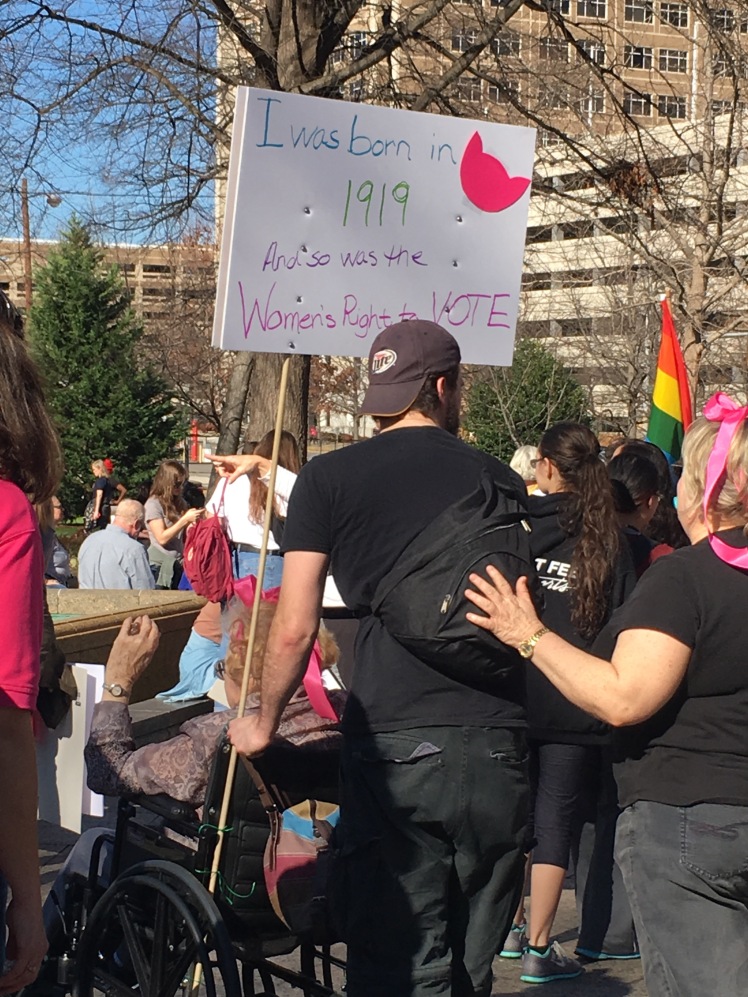 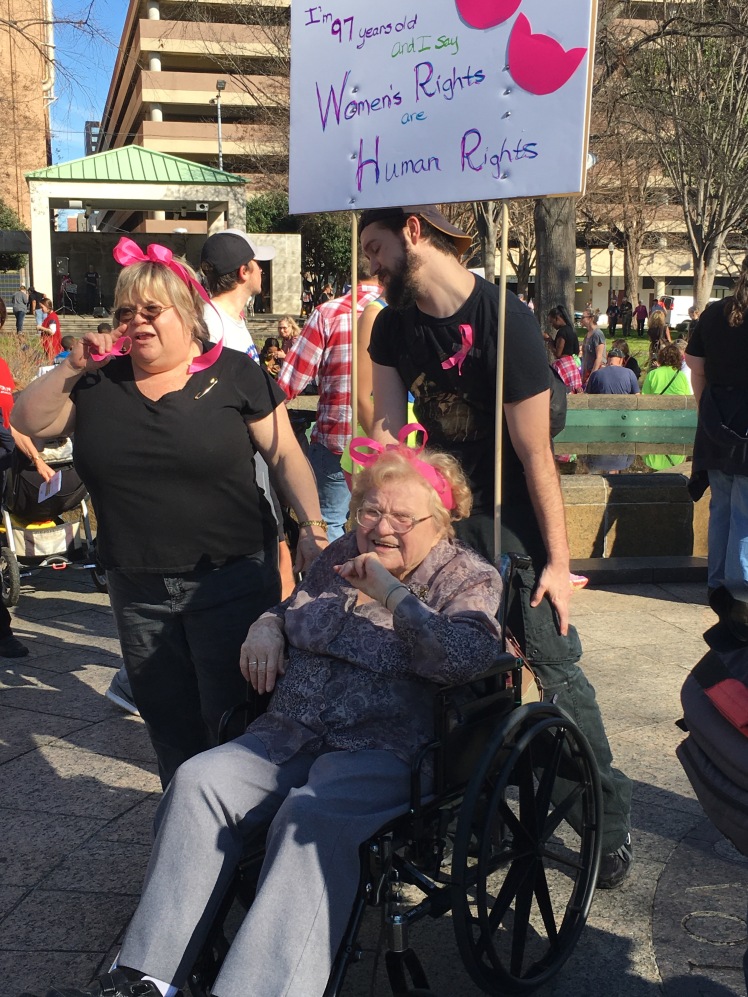 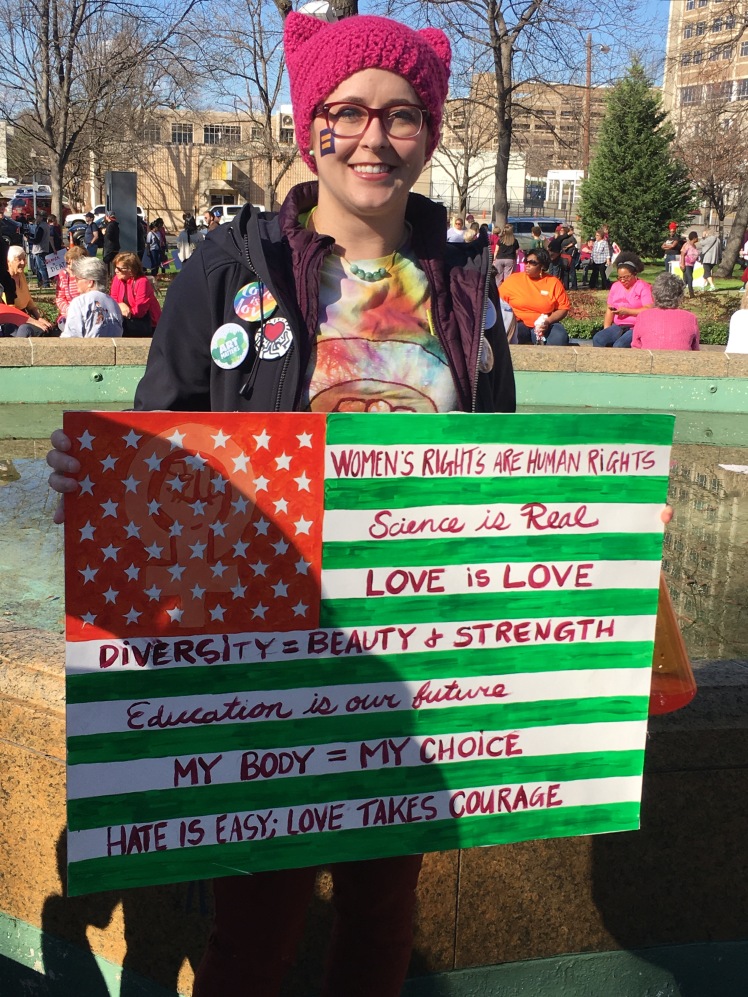 I am so glad that I attended. Never again will I be afraid to peacefully stand up for what I feel is right. I read some comments on Facebook from women saying they didn’t need to go to any march, that they had had rights, and they would be busy at home raising their children. That is perfectly fine- we all have the right to do what resonates with us. I don’t have children, but I have students, and my students reflect the diversity that is America in every way. I went to the rally to stand up for them and their right to live, love, and worship in the way that they choose. I went for my mother, whose generation already fought too hard for women’s rights to have them encroached upon by the anyone. I went for my gay and lesbian friends who are often treated like second-class citizens. I went for my nieces, beautiful young women who deserve to have every opportunity in life. It is about a much bigger picture than just myself. The marches have taken place, and now the real work begins. It’s time to rise up…I am ready. 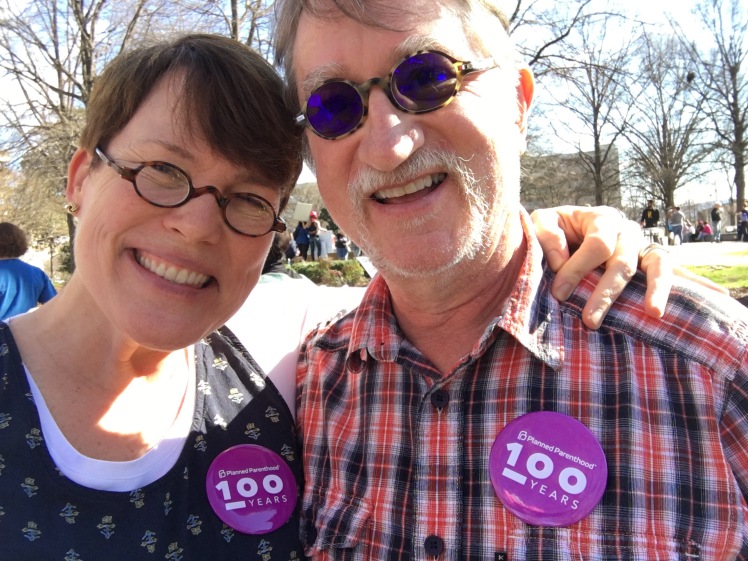