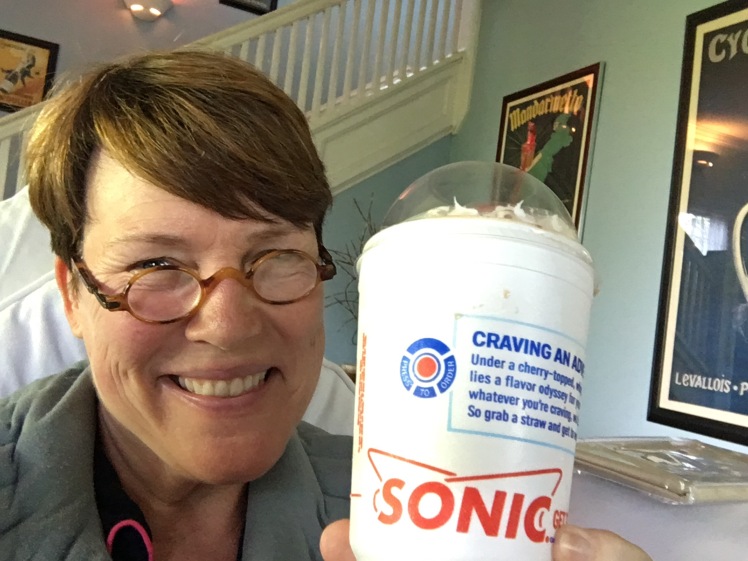 I am home from the hospital after a robotic hysterectomy, so grateful to be done and now focused on resting and healing. It feels like I was at the hospital for a week or more rather than just the one night- such a roller coaster. While it is difficult or uncomfortable for some people to read about such an intimate surgery as a hysterectomy, I’m writing openly and sharing my experiences about it as so many women experience it, and I hope that by  my sharing, someone facing it will know that they are not alone- and that it is normal and okay to feel anxious, along with a whole other raft of emotions.

I also want to put this in perspective; while this is considered major surgery, this is nothing like the two (!!) brain surgeries my brother went through for cancerous brain tumors. That was the real deal.  I will just be uncomfortable for a while, but will come out of this feeling much better in time. Tons of women have gone through this before me- probably a heck of a lot more courageously.

The morning of my surgery, I woke up before my alarm at 3:30am and went up to my gym to kickbox. I wanted to burn off some of the excess nerves, and I knew it would be the last time that I would be able to exercise (other than walking) for at least six weeks. I had busted my tail trying to get the house, yard, and dogs in great shape so that I wouldn’t be worrying about anything- or leaving everything for Dan to do. I prepared the best I could mentally and physically, researching, exercising, eating well, getting things covered at work…planning for stepping away from my normal life for a few weeks. 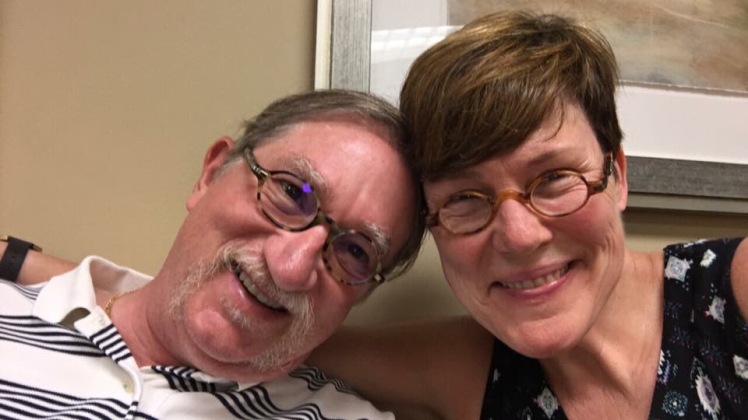 6am at the hospital, waiting to get the party started…

We checked in at UAB, and after what seemed like a long time (I’m sure due to nerves), I was called to prep for the surgery.  The nurse sent Dan off to the waiting room as I changed into the ever-sexy hospital gown, yellow grippy socks, and cap.  A barrage of nurses, members of the surgical team, and a very sweet anesthesiologist came in over the next thirty to forty minutes to introduce themselves and ask me a litany of questions, many the same over and over. I am glad that they have that protocol to keep everyone on the same page and the patient safe. I was told that I was the first surgery of the morning. Good- let’s do this. 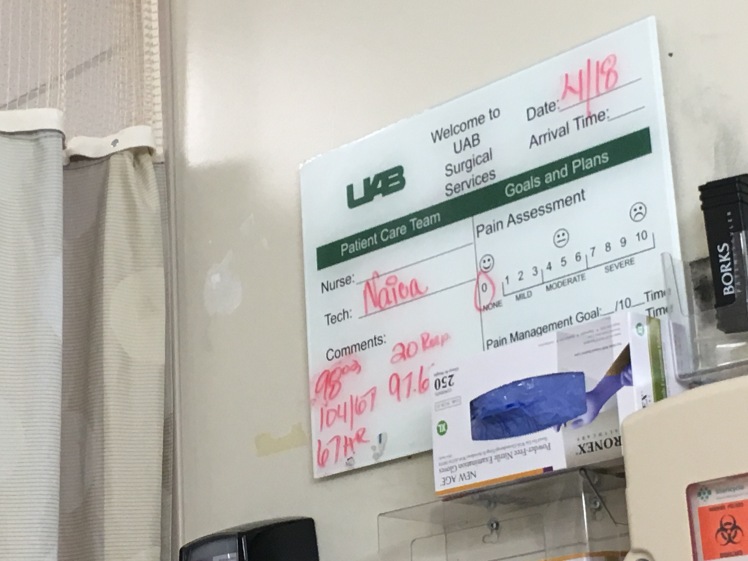 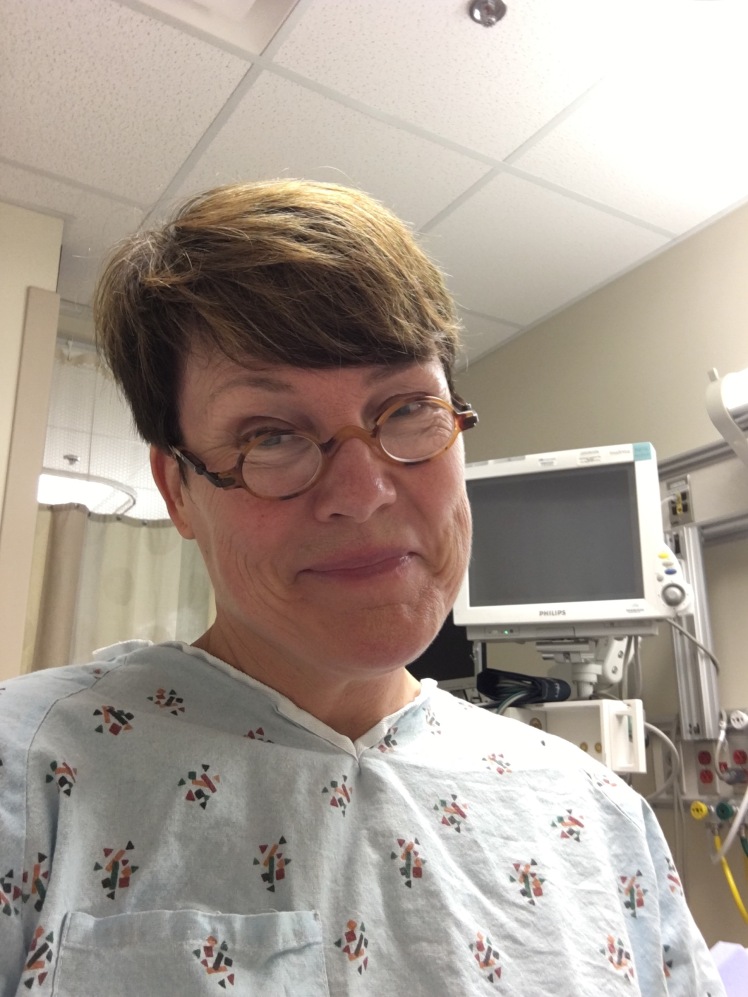 Dan was brought back to sit with me until they took me into surgery.  He has been so great through everything; compassionate, kind, understanding- and good at making me laugh when I need it most. Ever since the tumor (that would be George) was found and it was decided that I would have the hysterectomy, I have been on an emotional roller coaster.

At first there was the decision of whether to do the surgery or just wait for menopause to take care of George. My doctor initially wanted me to wait it out until I explained all of the issues George was causing. There was no good time to do it, and I ended up missing the last week of classes and the week of exams- that stressed me out beyond belief. However, my students and my Chair were absolutely wonderful and understanding, which helped a lot. I am fortunate to have so many great people around me.

When they came to take me to surgery, Dan kissed me and told me I would be fine. I began to tear up, having absolutely no control over my emotions surrounding this. I wanted to go into surgery feeling like Wonder Woman, strong and confident, possibly high-fiving my surgeon as he made the first incision. However, all I remember before they put me to sleep was seeing the robot that would be used in the operation, feeling tears slide down my face and apologizing to the team, telling them I didn’t know why I was crying. The woman on the team told me not to worry at all….and then the lights went out. 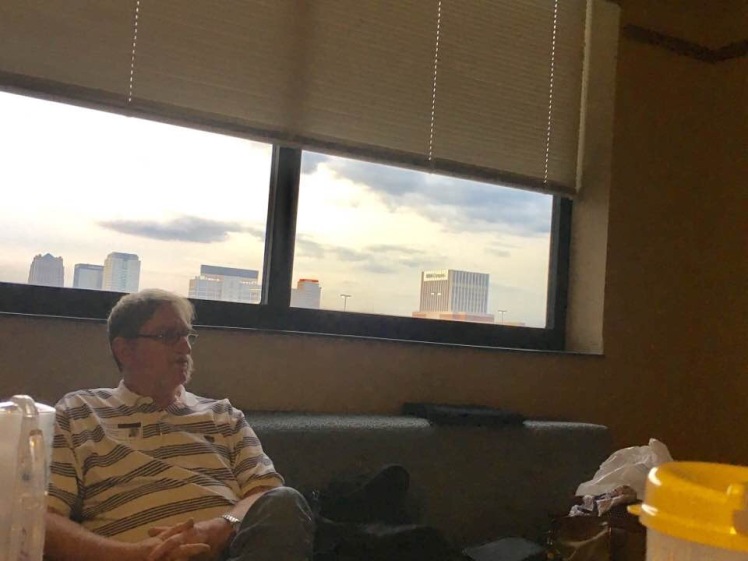 My knight in shining armor…

I don’t remember too much before I was wheeled into my room and heard sweet Dan’s voice, “There she is- there’s my girl!” He told me he had been worried, as we were told the procedure would take about two hours, and if it went longer they would come and tell him what was going on…except they didn’t. The surgery took three hours, becoming more complicated because George was much larger than they had thought (the size of a tennis ball).  My doctor told Dan that it was good that we went ahead with the surgery- the tumor really needed to come out. Everything went well, though, and George, along with my uterus, cervix, and Fallopian tubes, were gone. 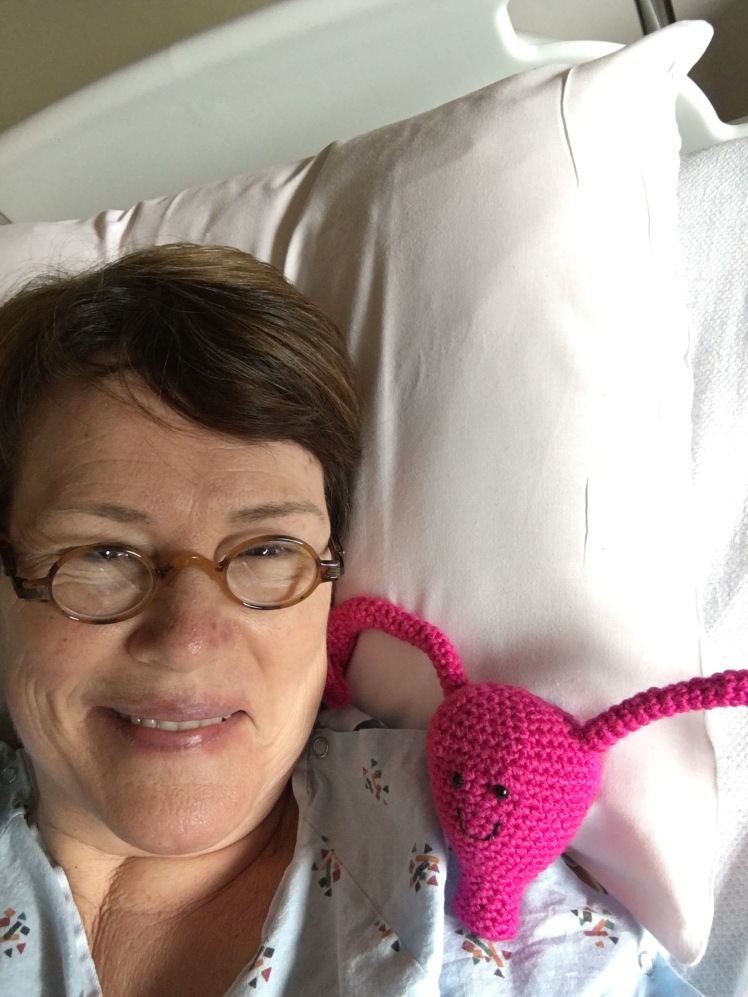 We spent the night in the hospital for observation, the worst part being the removal of the Foley catheter. It felt awful while in and hurt like hell when they removed it. The C02 gas they pump into your abdomen for the robotic surgery causes issues, too, some being trapped in the body until it dissipates, often transferring pain to the shoulders and neck (I’m hoping that goes away soon).  The only other not-so-great experience happened as the young man assigned to wheel me down to be picked up after I was discharged was paying more attention to his cell phone than the wheel chair and banged me into a wall pretty hard. I yelled out in pain – it didn’t feel very good, to say the least. I was never so glad to get home. 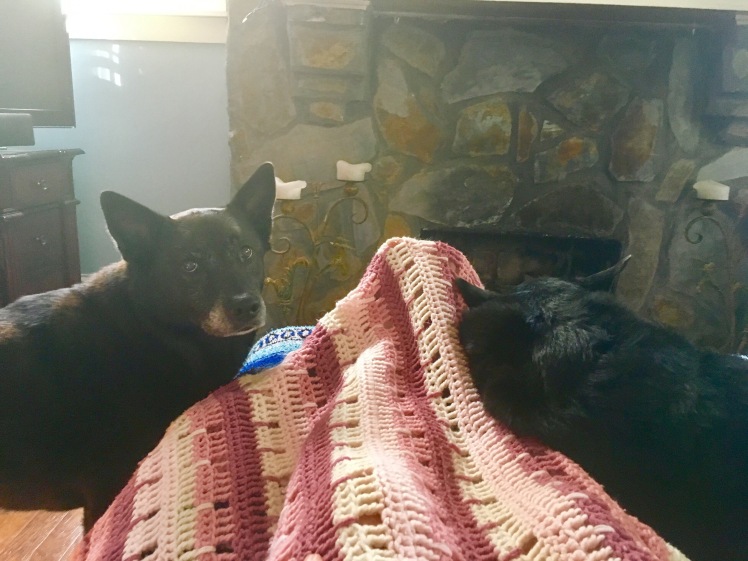 Now the job is to rest and heal. Sitting still is not easy for me, but I will do what I’ve been told to do. It is really important to not strain anything, so I am being extra careful, along with walking around the house as the doctor ordered. Dan and the pups are taking great care of me, and I’m doing my best to use this time to dream, think, read, and plan. It is rare for me to ever have time like this to myself, and I hope to make the most of it, healing well so that I can be strong and on the move again soon. I am deeply grateful to be on the other side, grateful for good doctors and nurses,  grateful for caring family and friends who have reached out to check on me, grateful for my loving and peaceful home. Grateful also to be rid of a certain troublesome fibroid tumor.

Ladies and Gentlemen, George has left the building.

The indigo iris bloomed just in time for my homecoming, and Dan took a photo of it for me. 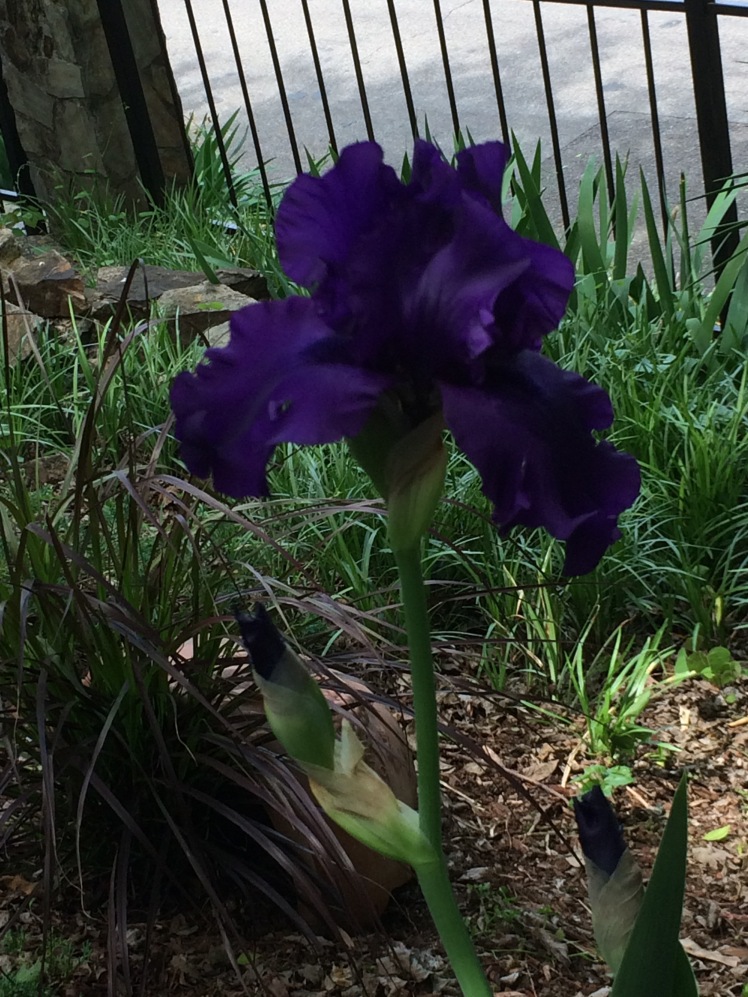 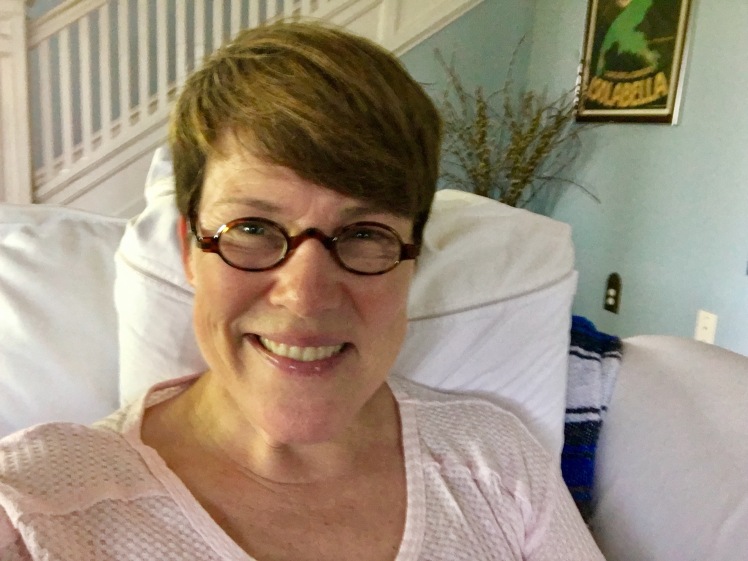 8 thoughts on “Ladies and Gentlemen, George Has Left the Building”