I spent the afternoon at the laundromat today, but it was a much better experience than the one I wrote about in a recent blog, thankfully- a nice, clean, and happy place…or as happy as a laundromat can be. Just as I pulled the Mini into my garage with the huge basket of clean clothes, I got a text from Dan, “Washer repairman will be here any time- a day early?” Ironic considering that I just spent two hours at the laundromat, but heck- Hallelujah! 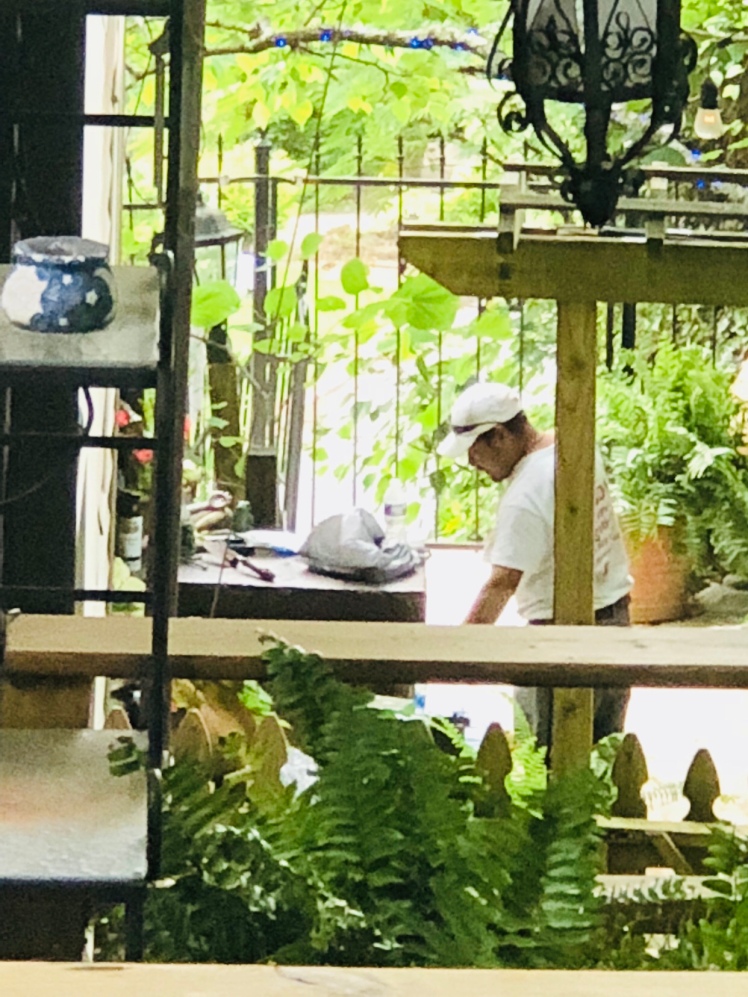 I came home to craziness from literally one end of the house to the other; Martin and his crew were busy getting our front yard prepared for pavers and grass after seven months of it looking like Mad Max at Thunderdome; Dan was working with the H-Vac guy to hook up the new air conditioner in the guesthouse (our AirBnB) to replace the one that died a couple of days ago (just in time for our next guest to arrive tomorrow!), and the washer repairman was expected any moment. Oh, and Dan had to race out the door in a few minutes to teach his yoga class at the Y, and the animals were all hopped up with the excitement. 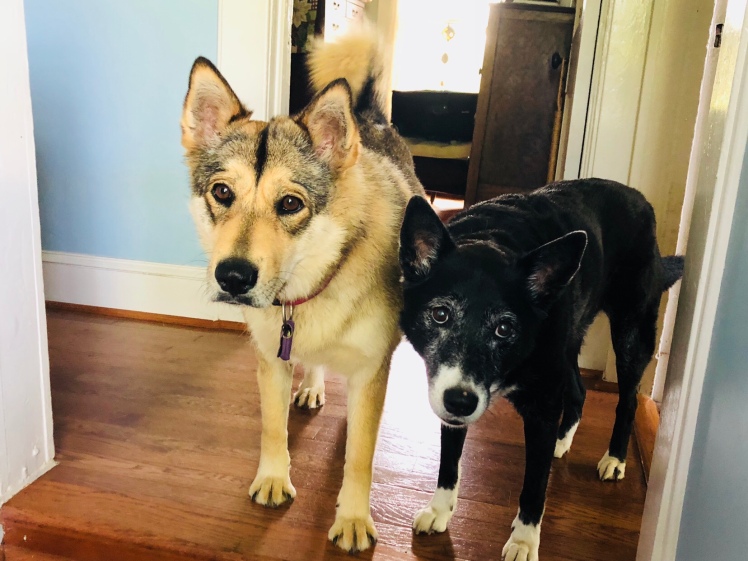 Dan was in high Mr. MacKenzie mode, rushing from one crime scene to the next, trying to tie up things with all of the various workers before he had to leave, while simultaneously giving me instructions of what to do after he left. First rule of order: Keep the animals upstairs and out of the way!

Marley and Sophie were disappointed, but compliant; they had hoped my coming home meant a walk or going straight on in to dinner time for the Trifecta. I promised them that both would happen once the madness calmed down. Boy, I really needed Dan’s yoga class this evening.

Of course, there was a dissenting voice in all of this:

Shiva was not pleased to be kept away from any excitement. If any door or gate is closed, she demands to be on the other side of it. She pow-wowed with the dogs about the situation, doing her best to gaslight and cause an overthrow of the Gainey household.

I saw the look in Shiva’s eye and knew what was coming next.

Nothing and no one stops me!

Balancing on the post, she gave me the evil eye and twitched her tail. She then turned to the dogs to rub it in a bit, of course.

You think you’re so tough, you big fur ball- check ME out!

Shiva had broken free, leaving the dogs sad and resigned to missing out on whatever excitement was happening downstairs.

The washer repairman said that Shiva tried to help him in the laundry room, at one point doing her darnedest to climb into the washer’s motor. Thankfully, he was able to reason her out of it. That is rare, as once she has her mind set on doing something, there is no stopping our Demon Seed.

The repairman came out with an apologetic look on his face, one that I have seen before. I braced myself for the bad news that I knew was imminent. Sure enough, it would cost more to repair the washer than it would be to purchase a whole new set. Not good timing, but living in a one hundred year-old house we’ve come to expect those punch-in-the-gut surprise expenses that usually come in threes- sort of like that saying about deaths. I guess that works- the death of our checking account.

Oh, and the H-Vac man is still here. There’s no way I’m letting Shiva near a man on a ladder. 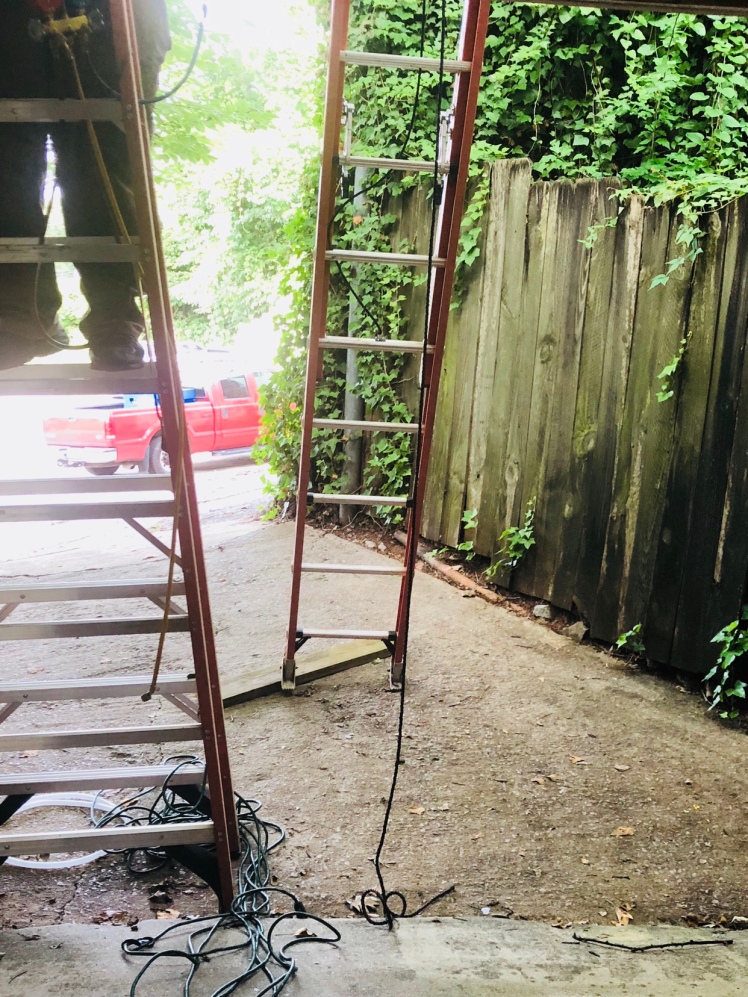 Things will calm down soon…I hope. It looks like I may be going back to the laundromat for a little while longer, but at least I found a terrific new place. Until that time, Shiva is taking out her frustrations kneading biscuits on the afghan, planning her next hi-jinx. Life at Chez Gainey is never dull.