My last hours in Noci Italy, were quite exciting. Not only did I get to enjoy the winners’ recital of the 14th International Clarinet Competition ‘Saverio Mercadente,’ but I also was interviewed for Italian television about the competition. I very much felt like ‘country come to town’ as my mom would’ve said; so fun to be a regular gal from Alabama being treated like a celebrity in Italy. Such lovely people and so many talented musicians!

The recital and prize presentations ended late, followed by nearly an hour of photographs, hand shaking, and hugs with the winners. By the time we finally got to sit down to even think about dinner it was 11:30pm and my stomach was gnawing on my backbone…and I had to get up at 3am to leave for the airport to fly back to America. However, when you have the opportunity to have one last meal in Italy with wonderful new friends ready to celebrate several days of intensive judging, you just can’t beg out.

I always try to be an easy guest, but our hosts noticed that I wasn’t eating any meat dishes during the week. When asked, I told them I tried to eat a mainly pescatarian diet, but insisted that I was very happy with the food that was there (I was!) and there was plenty of it. Not good enough! My sweet hosts were very proud to tell me they had a special dish coming for me…at almost midnight now. I was very touched by their kindness…and then a bit freaked out when the dish came and one of the inhabitants of my plate was staring at me. I’m more of a grilled salmon gal. Boring, I know. 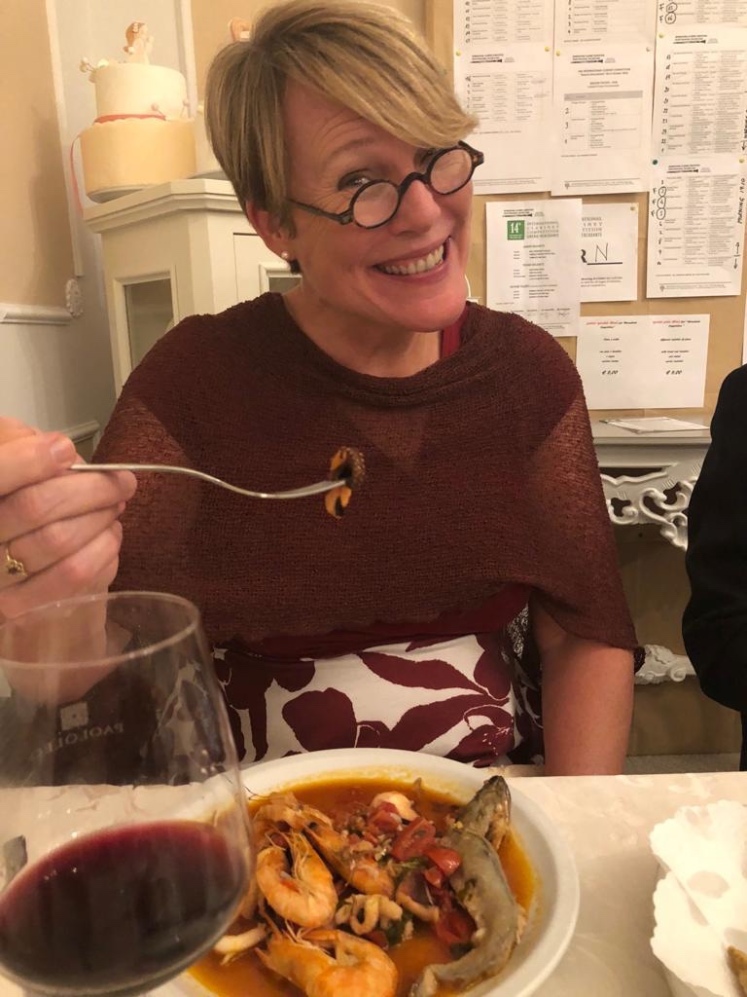 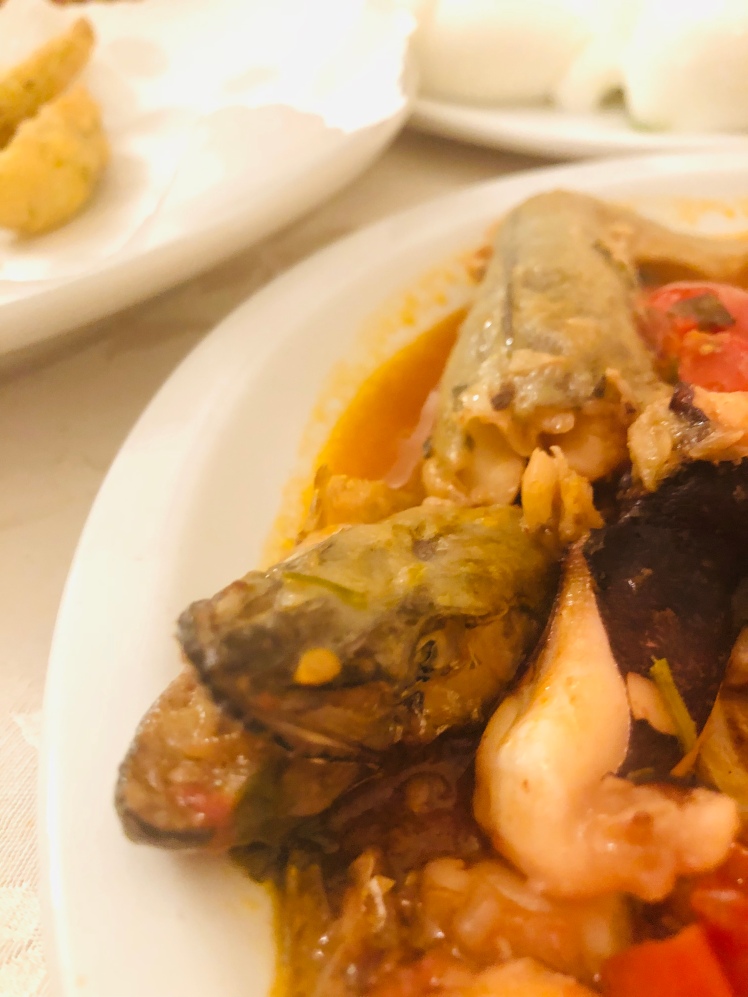 I was sitting in front of my host who was beaming and taking pictures of me trying to eat this rich and interesting dish. I discreetly sent a photo and a message to Dan who immediately responded with, “Honey! You are getting on an international flight in a few hours- that is the last thing you should be eating!” What to do?

I nibbled on some of the octopus and ate one of the prawns. I looked at the fish? Eel? and it looked back at me accusingly. My stomach began to do flips and I knew there was no hope. I took another sip of the wonderful wine and told my host that I just couldn’t eat anymore and really had to go up to bed. One last group photo and then upstairs I went, my stomach already making sounds such as I’d never heard before. This did not bode well for the impending twelve hours of flight time. 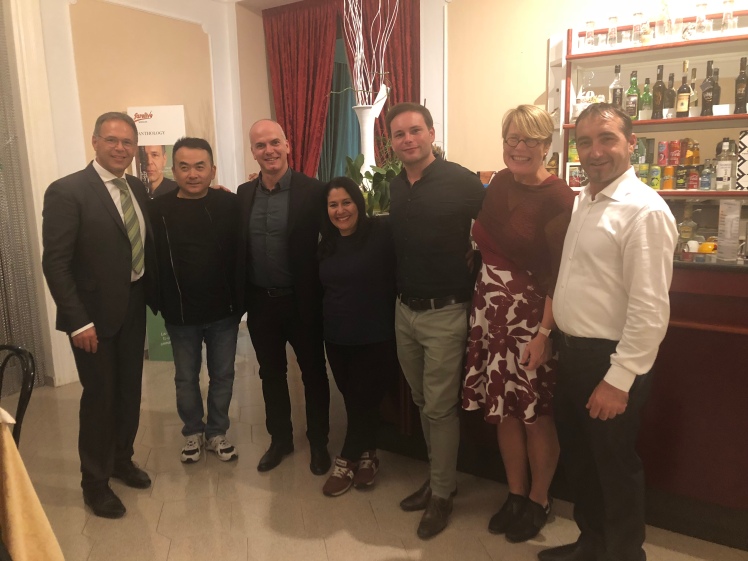 I debated just staying up at that point, but reason won. After finishing up all the packing I could do, I crawled into bed for the precious almost two hours until I had to get up, and the alarm seemed to go off as soon as my head hit the pillow. My stomach was still talking to me, and I didn’t like what it was saying. I took a shower, dressed, loaded up my things and headed down the dark hallway to the dark stairs. My Portuguese colleague, Rui, who would be riding with me was not there yet. It was 4:30am and the whole place was locked up tighter than Ft. Knox.

Soon, my colleague came down and we went out to watch for the hired car that was to take us to the airport in Bari. We were excited to see the lights of the car waiting outside the gate…well, we were excited, that is, until we discovered that the gate to the hotel, the same one we needed to pass through with our luggage, was locked. We were trapped with a running car on the other side, airplanes to catch, and no one awake after the very late night to unlock the gate.

Of course you can’t stop two determined clarinet players. Rui went and retrieved a chair from the patio and we used it to climb our way over the wall, laughing the entire time in the darkness. What better way to make this memorable week truly unforgettable? ‘Escape from Noci!’ As a bonus, my stomach behaved, too…medicinal laughter, I think. 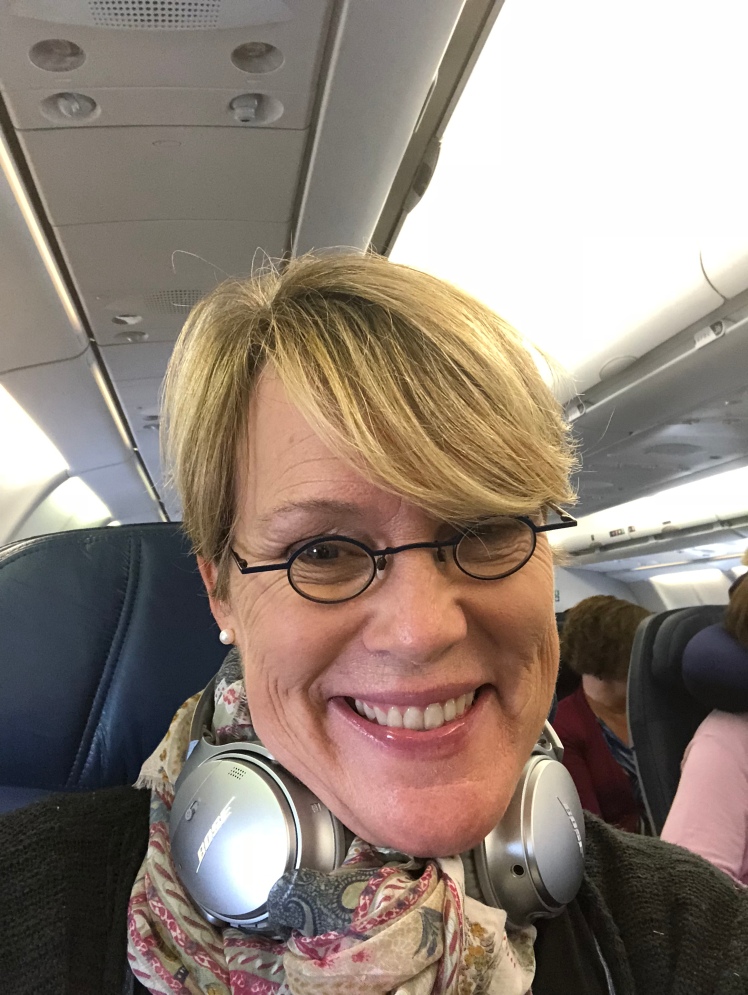 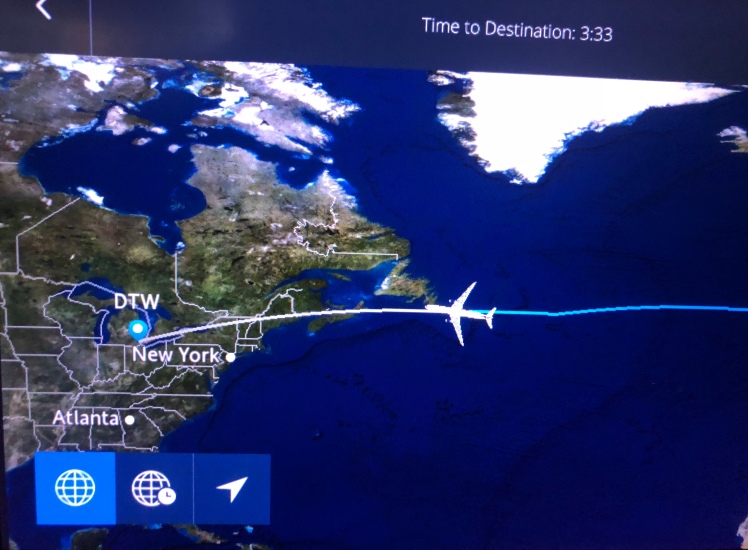 A very long day of travel, and then my wonderful Italian adventure came to an end. I so hope to return to Noci someday, but for now…home, sweet home. 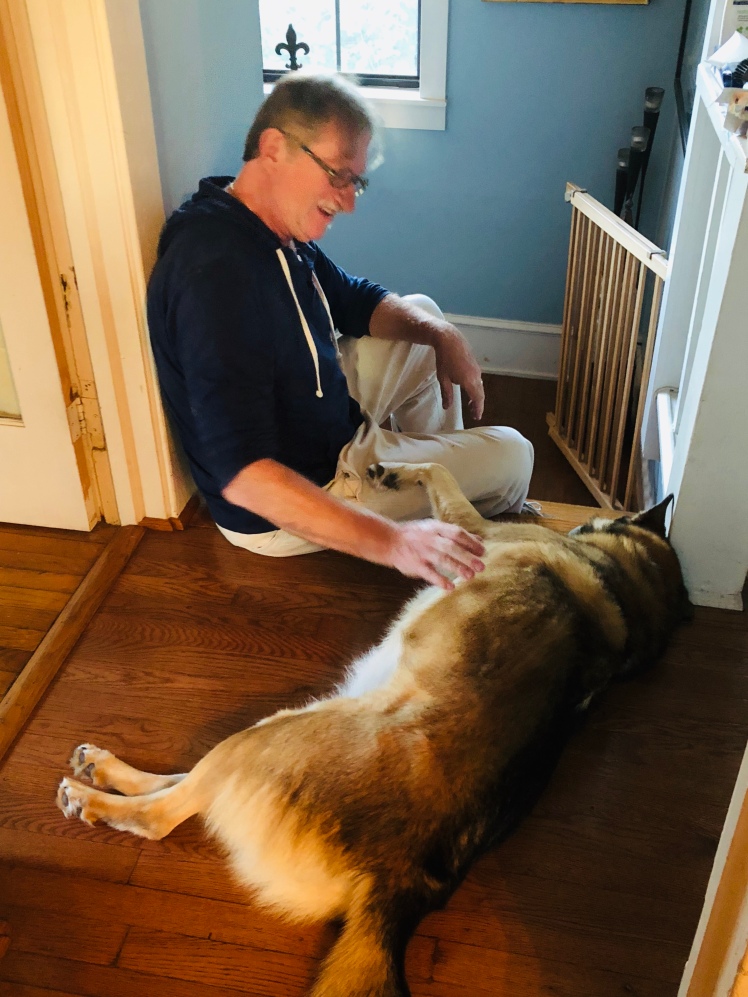 One thought on “On Sea Creatures and Great Escapes”