My husband is a man of many talents and interests. Aside from his position as Facilities Manager for the Dorothy Jemison Day Theater at the Alabama School of Fine Arts, he is also a passionate yoga teacher and a licensed massage therapist – and he can cook like nobody’s business (thank you, God, thank you, God). He is also the reason that we can live in our almost one hundred-year-old home, as he can fix most anything that goes wrong (thus his repairman alter ego, ‘Mr. MacKenzie). He has another talent, however, that some people may not know- he is called ‘The Ears of Birmingham’ for his gifts as a sound engineer. 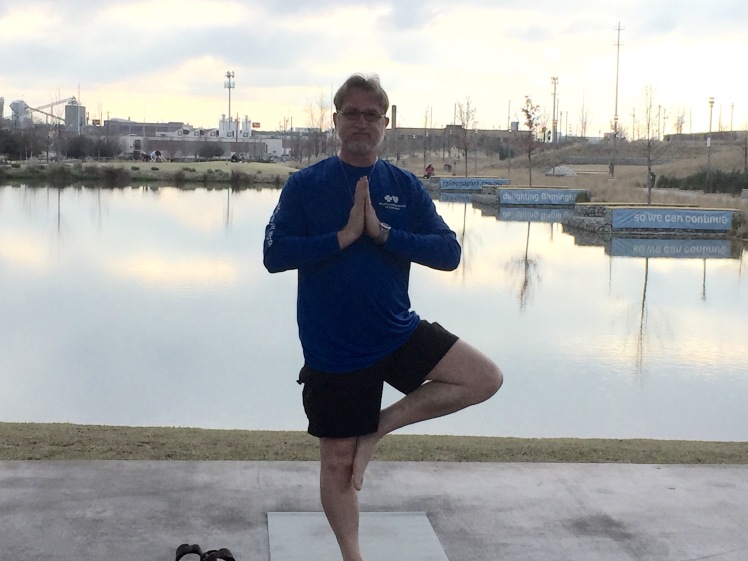 Opening and managing performing arts facilities is Dan’s second career. He started out with his own sound and light design business, Gainey Sound, which he ran for twenty years before selling it and moving in a different direction. He has traveled the world doing sound for The Birmingham Sunlights, an African American acapella gospel group, for over thirty years and has done several CDs with them- along with several CDs for Henry’s Notions, a wonderful Celtic band. The Sunlights have performed at the Smithsonian and just did a tour in Guam a few months ago…they always tell Dan that they won’t perform without him. He has worked with tons of celebrities, but always keeps his cool and focuses on his job.  He only does sound for The Sunlights now, as well as two big festivals in Alabama- the Kentuck Arts Festival, and one of my favorites, Birmingham’s ‘Do Dah Day’, which supports local animal shelters and other animal support groups.

Do Dah Day was this past weekend on an intermittently rainy Saturday. I always drop Dan off and then come back with lunch and at least one of our dogs. Sophie was the winner this year, as she loves everyone and can handle the chaos of the festival with all of the people and their pets, and the loud music. It’s a very festive day, and a great place to people and animal watch. I sat on the sound stage where Dan worked the sound board just taking it all in. People and dogs of all shapes and sizes, bands playing, food and drink, and tons of vendors selling their wares. It’s such a positive and happy day for our city- rain or shine. 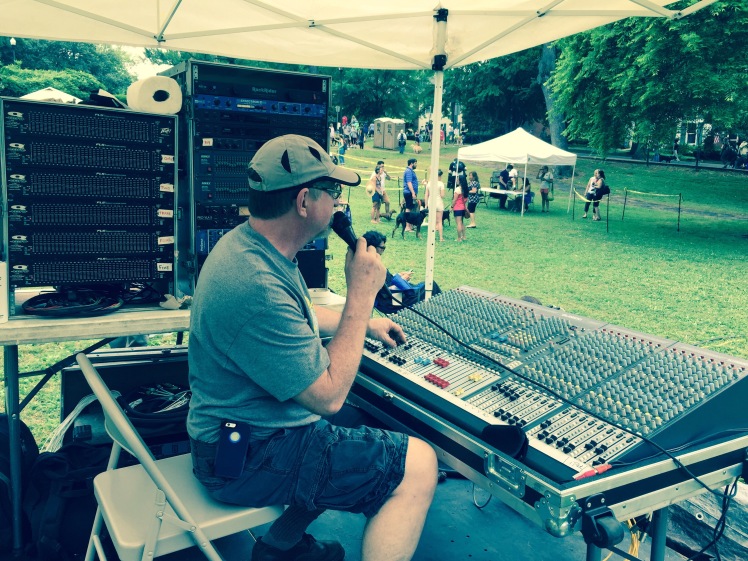 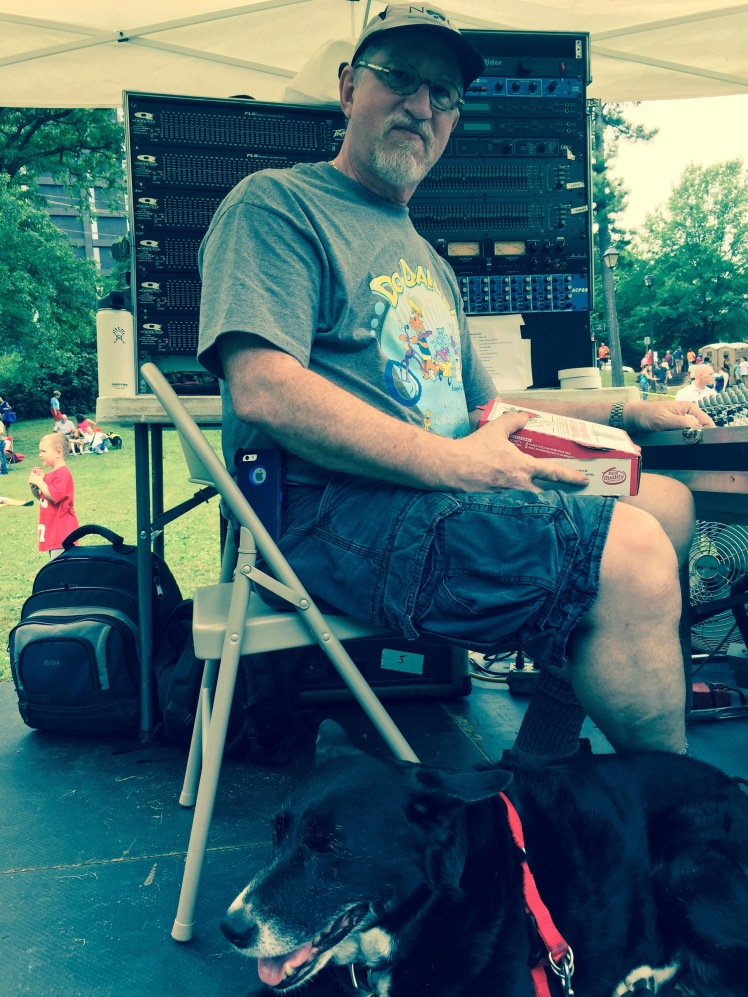 I am always impressed by Dan’s talents at the sound board, especially as a professional musician who has dealt with not so talented sound people before. It can make or break the success of a performance, and that is why Dan has always been in demand- he makes everyone sound better. I love watching him work, amazed that he knows what to do with the hundreds of knobs that he has to adjust for each performer, making sure the balance and blend are good, that there is no feedback, or any other issues that could arise to take away from a performance.

Dan retires in two years from the theater, and he has said he’ll also retire from doing any festivals at that time. I’ve told him at that point he will become my cabana boy full time, as I will work ten years after he retires. I am always inspired by his talent and his work ethic- he strives  to be the best at whatever he does. Such a great example for all who know him.  I am so glad that I moved to Birmingham and found this man…I couldn’t imagine a better person to share my life with.